With the rise of CaaS (Containers as a Service), many organizations as well as cloud service providers (including Amazon, Google, and VMWare) are looking to container deployment to expedite releases with new, lower strain on dependencies. Offering flexible deployment in addition to heightened security through resource isolation and microservice architecture, Docker allows companies to spin up consistent, stable, and secure environments for everything from development to sales demos.

Did you actually think Atlassian was gonna slow down just because it’s a new year? After an exciting first 6 months in 2011, the Team Calendars development team continues it’s blazing pace in 2012.

Editor’s note: Please note the total coolness of these Confluence 4.1 features, *in addition to what’s listed below*: pimping your images, autoconvert of content from the likes of YouTube, Google Maps, Vimeo, Flickr (paste a URL, Confluence will turn into content automagically), and find and replace. This is awesome stuff – so make sure you’re sitting down and holding onto something!

You’ve been asking for it, the Bitbuket team has even joked about it – now it’s here (for real): for the one year anniversary of Bitbucket joining Atlassian, they’re announcing Git support.

Built from the ground up for collaborative teams that use Confluence, Team Calendars is a must have fully-supported addition for your wiki.

Google Wave. Now In A Box.

A year ago, Google Wave was the talk of Tech Avenue. Conversations about a new kind of communication – one that could “replace email” – popped up in breakrooms and team meetings around the country. Last month, however, Wave was shut down due to low adoption rates, leaving people wondering: “will Wave be lost forever?”

Microsoft Office 2010 vs. Google Docs - Can They Compete?

Microsoft Office 2010 vs. Google Docs conversations aren’t just happening in the break room. Microsoft and Google themselves have taken some careful shots at one another over the last few months – the most explicit of which include Google’s claim that Google Docs makes Office 2003 and 2007 better (don’t adopt Office 2010) and Microsoft’s counter blog claiming “that’s not true.”

SharePoint vs. Google Wave vs. Basecamp 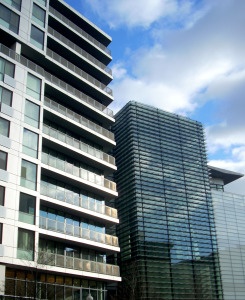 People have the tendency to judge a software by its user interface (UI).

Think about it. Most users probably don’t care about your network protocols or what your server topology is. Those users will, however, think it’s awesome to drag and drop documents and pictures from location to location. Most folks are used to this since most of them interact with Facebook, Twitter, and all the like. They’ll probably think it’s cool.

Processes are what make or break businesses. Process management is therefore a very big deal. In this blog, we’ll explain the very basic nature of collaborative software and how it can aid in process management—specifically task management.

Wave as a Customer Support Platform