I wanted to give you an update on our climate response progress and evolving position. My belief is that burning oil and planting trees to offset it cannot be considered a net zero action because essentially, we increase the amount of biologically available carbon that will impact the climate. This is because it moves long-sequestered carbon into available storage that is easily accessible. I believe that in the future, humans will be remembered as the liberators of carbon that made that world possible. Perhaps, we'll even still be around to take credit.

We cannot realistically eliminate our dependence on fossil fuels today, but we can start to reduce it. Praecipio Consulting is an atom within a droplet inside the entire ocean of human influence, so what carbon we directly reduce has very little effect on the planet. Because of this, we have implemented initiatives that invite our employees and peers to change the way they think and act towards the environment and our communities. We believe that a change in behavior ensures that some carbon will never be unnecessarily liberated and that effect will multiply through the years. Our thinking is that this will have a larger impact over time, even more so than the promise of direct offsets based on $1 trees. We may fall short of our goal of becoming carbon neutral by the end of 2020, but with each passing year, we will drastically reduce the amount of carbon that we release as a company.

How Praecipio Consulting Will Multiply Carbon Reductions Over Time

Let me use two examples to demonstrate, and please poke holes in my logic. First, the frequency of flooding has increased as a result of climate change, which has affected both communities and their resources. In order to help prevent flooding, Praecipio Consulting has contributed to land conservancy, which will "forever," at least for the long-term, protect the river-adjacent, tilled farm land that once regularly flooded. Because of our efforts, the field's riparian buffer is being restored with native shrubs and trees. These plants help to slow down flood water and provide a number of benefits. Downstream communities now suffer less flood damage, the land absorbs the water that causes the river level to go down, and the buffer receives river silt, which fertilizes the land (to the tune of 0.5 tons of carbon per acre per year "forever"). Additionally, these shrubs and trees help clean the flood water, making life easier on its resident wildlife, like our beloved trout. For this project, we spent the absurd amount of $500 per ton of carbon. However, with each passing year, we will spend $0 per ton, not to mention that we simultaneously support riparian restoration, protect native species, and reduce the effects of climate change on downstream communities.

Second, we have promoted and encouraged at-home composting, which several team members have taken up. Composting at home makes people more aware of the food that they consume and helps them produce less waste. It also keeps food out of landfills, where it does considerable harm by converting to the potent greenhouse gas, methane. In fact,  40% of of the food in America ends up in landfills. To me, this is one of the most shameful realities of our modern world. If we simply stopped wasting so much food, we would be able to address food shortage, reduce oil usage, increase national security, prevent climate change, and more. Composting is something everyone can do, and collectively, we would make a huge impact. I have also written other articles on food composting, which you can check out here:

"I'm a system administrator and love computers. Until recently, I was content to sit inside, watch TV, play video games, and worry too much about system maintenance going horribly wrong. Then I bought a horse farm with my wife and was introduced to gardening and composting, thanks to Praecipio Consulting's Green Team. Over the past year, we have put in a six-bed garden and grown various different vegetables and flowers, including tomatoes, squash, various peppers of different heat, spices (basil, thyme, etc.), kale, sunflowers, lavender, mint, etc. We’ve started composting and will be using that in the garden this spring when we start planting again. We have an improved Meyer lemon tree on the way that we are excited to see fruit harvest from in a couple of years, in addition to a new adventure in beekeeping this spring. A two hive apiary is in the works, and we look forward to seeing what it grows into. Other future projects will include an orchard with various fruits and continuing our off-grid cabin, which already has a composting toilet and will get a solar power upgrade soon. Now, I find myself outside more often and feel more relaxed and creative, so when that upgrade fails miserably it is easier to find a way to move forward."

"We all know that I'm not an outdoors person. I tried twice before this past year to grow tomatoes and it never went well.  But I have always wanted to learn new ways to reduce my carbon footprint, especially regarding food waste.  Jess did a presentation about composting and it sparked my interest in the topic.  She started talking about worms, and I was certain that this was the end of my composting dreams.  During that time, I started collecting certain scraps and throwing them into freezer bags. We turned those scraps into cooking stock, and as an avid cook, homemade stock makes an impressive difference in a risotto.  I continued researching composting and found the bokashi container, which didn't require worms and could be stored in my house.  This was a perfect way to continue my goal of reducing food waste.  For my birthday, my husband bought me a keyhole garden, which not only requires less water, but it also has a space dedicated to composting.  I could take the funky mess from the bokashi container and layer it into the keyhole.  Our garden was amazing. It was so successful that it eventually became overcrowded, and we had to draw up a plan to expand this year's garden. And I can now grow tomatoes."

"During the fall of 2019, I really started to pay attention to the green initiatives that the company champions. Prior to this time, my family was making sure to put cans and bottles in our recycling bin, but that was about it. Now, not only are we much more aggressive with recycling, we are starting to make purchasing decisions based on packaging and its impact on the environment. I know these are baby steps, but I’m happy about where we’re headed as a family. Who knows, maybe composting, gardening or rainwater collection is our next step. For now, what I do know is that we will continue to take steps improve our carbon footprint and influence our neighbors as much as we can." 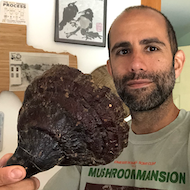 How to Plan & Track OKRs With Atlassian Tools

Jira: Your Path to Digital Transformation