The Good Place: Dysfunction in the Agile Organization

It’s been a great first week of the fall season of television. Some of my favorites have been rebooted, my alma mater was featured on a t-shirt, and one that I’m obsessed with has sparked a bunch of corollaries with what we do at Praecipio Consulting.

There is one key distinction between The Good Place and the real world, however, and it's the capacity people have for learning. If given the opportunity, the Team and The Architect can learn and, more importantly, learn from one another. In The Good Place, a Team is not allowed to self-organize, nor are they afforded the time to perform retrospectives. The Architect doesn’t know why the plan isn't working and hits the reset button. The Architect, while gathering data on every failure, does not take the time to perform a retrospective with the rest of the organization and ends up with a mutiny. We at Praecipio Consulting too often see dysfunction in organizations as a result of lack of learning. A mistake or failure is subject to the reset button, not discussed, analyzed, and ultimately acted upon to create a better way to work.

Teams self-organize and question the mission. Teams figure out the solution. They work together to understand their situation while choosing to do what’s right regardless of direction. Sometimes with disastrous results: flying shrimp, mutant giraffes, a clam chowder fountain. All of these combine in a chaotic sequence forcing one of the main characters to finally stand up and admit being wrong. The team is not the villain. The team is simply questioning the nature of their reality and determining whether or not they can push the boundaries.

"The definition of insanity is doing the same thing over and over and expecting different results." - Unknown

This is the number one dysfunction of agile organizations: the lack of a retrospective at any level. This is the first agile ritual that disappears at the Team, Program, or Portfolio level. How can the organization learn and grow without a moment to reflect on what it learned? By removing learning from the organization, you have removed trust, innovation, and efficiency.

If you think you're in The Good Place, take a moment an perform a retrospective. You may actually be in The Bad Place.

Where Do Business Analysts Fit Into The Agile Organization? 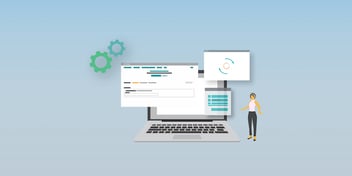 Workato 101: Everything You Need to Know

Workato is a powerful iPaaS (Cloud-Based Integration Solution) tool that enables your organization...