Exciting news this morning: one of our clients has unveiled the fastest broadband internet service in the country. Chattanooga, Tennessee’s Electric Power Board (EPB) is offering Internet service of up to 1GB per second. That’s 20 times faster than the average American broadband connection.

The New York Times reported this morning that EPB’s achievement is hugely progressive, as enterprises, cities, and nations debate about how to pursue the “next generation of broadband…seen as the gateway to a new wave of Internet-based products and services.” The Times also noted that Eric Schmidt, Google’s CEO, points to America’s trailing broadband performance as a danger to the country’s competitiveness with other countries – placing us in a sort of “innovation deficit.”

Only Hong Kong and a few other world cities, the Times says, offer 1GB or greater service, making EPB one of the most progressive internet providers in the world. The 1GB internet service will follow EPB’s introduction of its fiber-to-the-home network, which our firm had a hand in facilitating. EPB’s fiber-optic network is the backbone of its fiber-powered SmartGrid. EPB’s SmartGrid provides increased power reliability and greater operational efficiency to its customers – an achievement that, again, is one of the first of its kind in the US.

“Chattanooga is light years ahead when it comes to providing ultra fast broadband,” CEO of the Chattanooga Area Chamber of Commerce Tom Edd Wilson said in ASE Labs’ take on EPB’s announcement. “By offering the fastest available speeds to a whole community comprising a diverse population living in both urban and rural areas, Chattanooga has become the living laboratory for today’s innovations and tomorrow’s companies.”

Indeed, EPB’s efforts coincide with Chattanooga’s ambitious high-tech economic development plan in recent years, aided by the federal economic stimulus program. The city is using EPB’s success to promote its development via a website released this morning: ChattanoogaGig.com. The site continues the city’s “legacy of taking bold steps that benefit [their] community.”

For more about us, visit us here.

Electric Power Board (EPB) is an electric and telecommunications company owned by the city of... 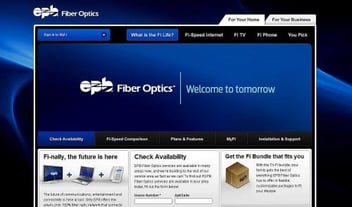 Our team’s project management and Microsoft SharePoint services have facilitated the release of... 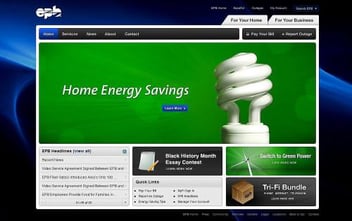 With the help of our project management, Microsoft SharePoint, and Business Process Management...